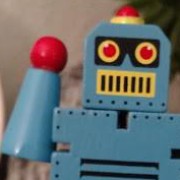 Do you know any builders who play Minecraft? Mine do. A lot… Honestly, one of the reasons we're spending the summer vacation building things is to get them doing more than just screen time. But that doesn't mean I have no appreciation for the cube-oriented game. In fact, I thought we could get our summer started off by trying to bridge their knowledge of Minecraft with some elementary circuitry.

Alex said:
I know that Minecraft is very popular and that sometimes people can get a little addicted to games, but it’s not bad to get away from all of the servers and mini games and get back to single player or working with friends to make something, working with redstone to try and figure out how it works and reacts.

We bought our 10 year old daughter an electronics learning lab kit (like this picture with link) that came with a couple of really good project books. I thought I'd challenge my Minecraft experts to duplicate the circuitry projects in the game as they built each on the electronics learning kit. The kit starts out with easy switch circuits, so they began by making the circuits on the first couple of pages on the electronics kit and then making their equivalent in Minecraft. I left the room to give them a chance to work through it on their own.  They took their own pictures and screenshots  and here's how they did.

The first circuit was simple enough. Turn on a buzzer with the power switch.

That was easy enough. We used a redstone lamp in Minecraft to act as an LED instead of a buzzer, but it's the same wiring.

The next few circuits were just simple variations on the same thing. Turn on the circuit with a button instead of a switch. Turn on the circuit with two switches in series, or with a switch and a button in series. Nothing terribly difficult. But, then they got to one that asked them to light up alternating pairs of LEDs with a DPDT switch. That got more interesting! I came back and they had succeeded at the task, but it looked a little overcomplicated. 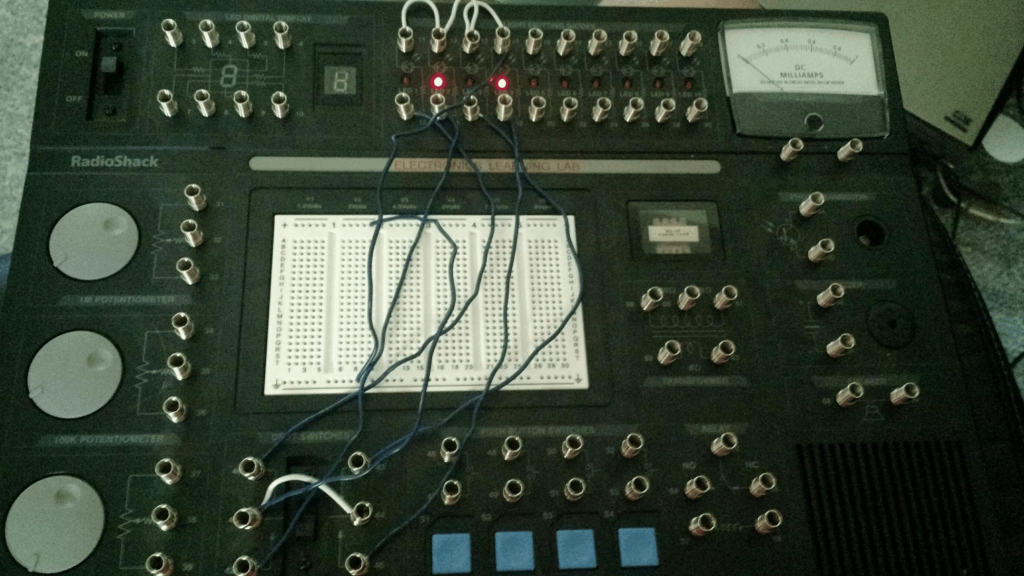 Here's what the circuit looked like on the electronics kit. The wires look a little disorganized, but it does the job. 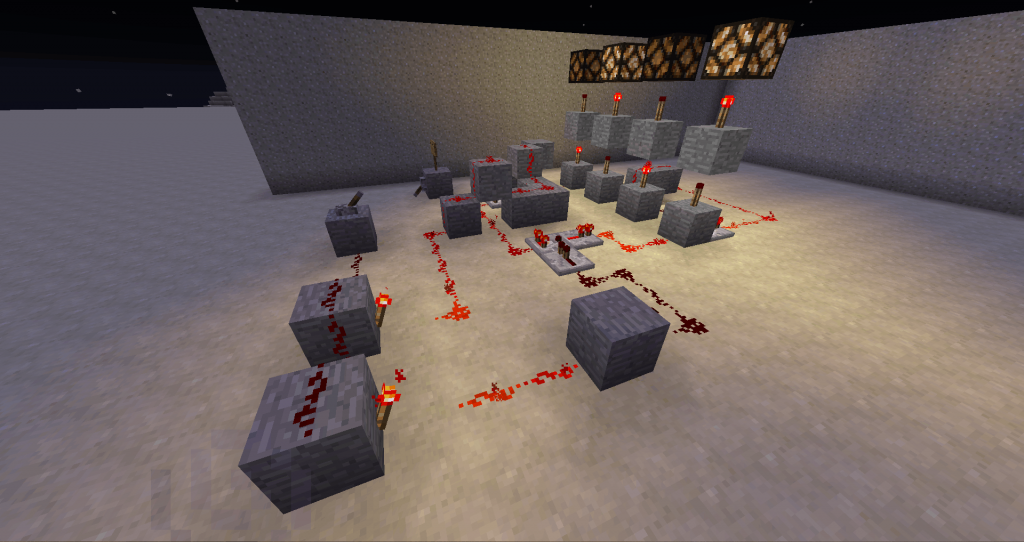 And here is the minecraft circuit they came up with to do the same thing. You can flip a switch to make the circuit turn off the two lit blocks and turn on the other two.

So, I sat down with the kids and we spent some time working on the DPDT switch circuit to see if we could make it prettier. It turns out we could and we came up with a few different ways to accomplish the same thing. That was a good lesson for them to learn. There will always be more than one way to solve a circuit problem, and it might take some time to work through alternatives and optimize it. Here are a few variations we came up with. Let us know if you can come up with something smaller. Our best one is pictured last. 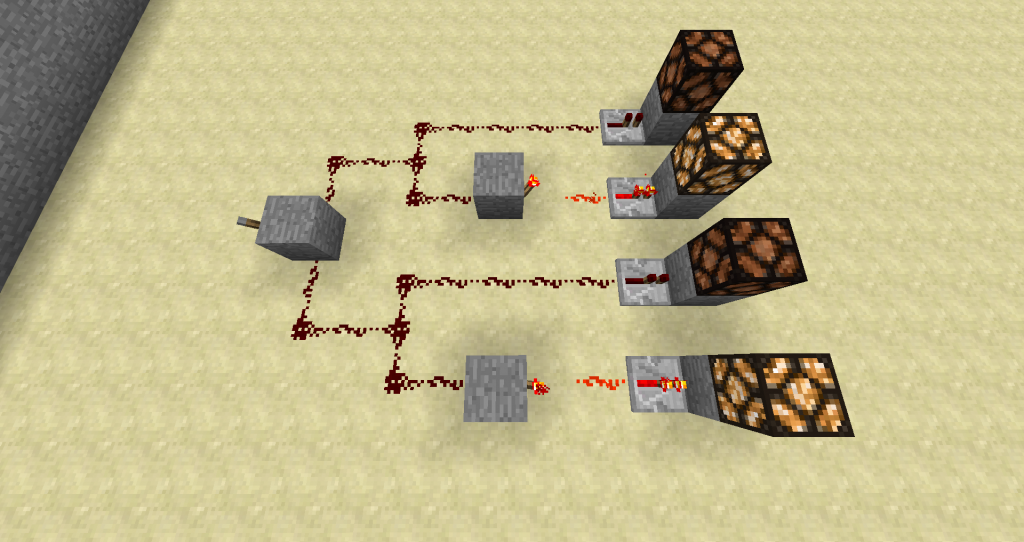 This one is small, but the circuit is always ON. you can't turn off all the lights with a main power switch. So we kept trying.

The switch in front is the main power switch. The one on the stone block is is the DPDT switch. 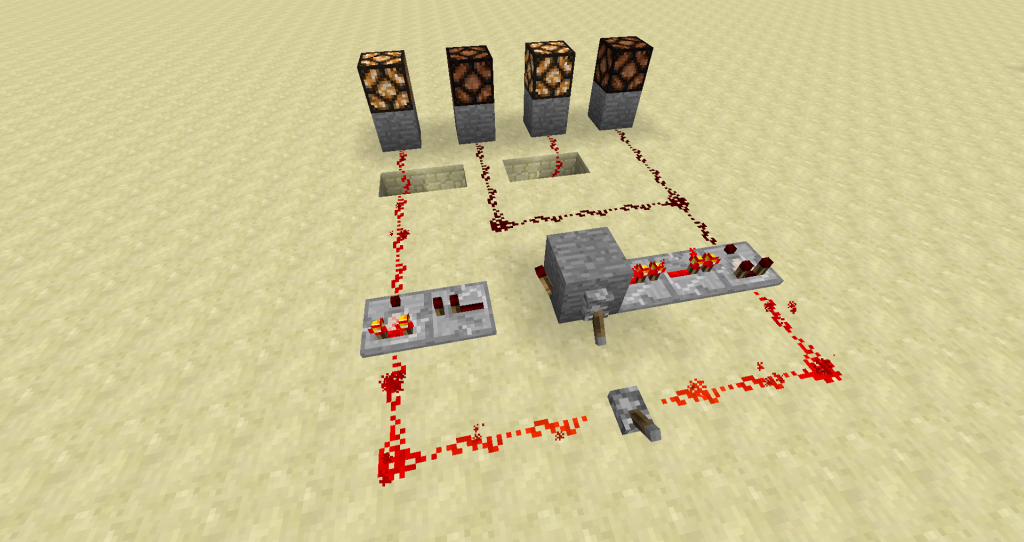 Afterwards, I asked Alex to tell me the similarities and differences between electronics circuits and Minecraft circuits and this is what he came up with:

Things that are the same.

Things that are different.